Volumental was founded in 2012, and has actively been working with 3D scans, data and AI to produce shoe recommendations. The company is today active in more than 2500 stores around the world. Every store which is set up with a foot scanner is monitored and has its performance measured by our team at Volumental to ensure success.

I (Bailey) work as a Customer Success Manager, where I have communication across all levels of our customers’ organizations. The most important, and also most challenging part of the monitoring is to actually get ahold of the stores themselves. Store Managers are usually not frequent users of their emails as they have a very practical job, and calling them on the phone is difficult since they are very busy during the days.

We tried to send simple emails over before, but there was no way to know if they had read the emails or not. Because of the infrequency of using emails, we usually made a lot of phone calls to them instead. It was the best way to do it back then, because if they picked up, you would know that they heard you and had received the message. However, phone calls themselves were difficult, because we couldn't show them what we were to talking about, so we had to send some material over anyway.

Additionally, since we have customers spread all over the world, phone calls became even more difficult when it came to customers who were located outside of Europe (U.S and Australia) because of the time differences. With Vaam, we no longer have to worry about that. It feels like we're having a normal conversation, even though it's not live.

When we got to know about Vaam, we realized that it would be a great use case for the Customer Success Team. We have not been using any other similar tools before, and it has really been great! We mostly use vaam to reach out to our partner stores.

Using Vaam in the beginning was awkward because you're not used to recording yourself and talking to the screen. But as more time went on, it became more natural and we got more comfortable. It was a really good thing to adapt into, especially as the world is becoming more digital. Now, we've created a lot of documentation on how to use it, and I really believe that it will be a standard part of our processes when we're looking to grow and expand.

We love Vaam because it's very intuitive and easy to use. There are constantly new features, but they don't overcomplicate things. I really like the ability to add a call-to-action in the video so that the viewer can click through to an article. Besides, the most important feature is the ability to see whenever a vaam has been watched or not. If they continue to make the same mistakes after watching my vaam, I'll  understand that I'll have to try another approach.

"We've had a lot of positive responses, especially from the ones on the HQ level. It's cool to have such a tool which both the user and the receiver appreciates and feel like it brings real value."

Visit Volumental's website if you would like to get started with 3D scanning for shoe recommendations today: https://volumental.com/

Recognize that it's better that the video is not perfect. It's like a live conversation. If you mess up a word or fumble it's not the end of the world. It adds an extra layer of closeness and helps me sound much more natural. 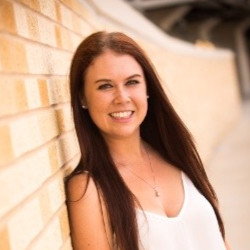 Take your sales pitches and customer communication to the next level.

Up to 30 vaams in your library